I had the honor and privilege of attending the very first RuPaul's DragCon last weekend (May 16th & 17th). A few months ago, I saw an announcement for the convention. Drag Race is my favorite reality show airing right now so it was immediately decided that I will be attending.

I then promptly forgot about it until a week before the event when I saw an announcement for my favorite queen (MILK!!) to appear at the convention. After a bit of persuasion, I managed to convince my boyfriend, Joseph (also a big fan of the show), to attend the convention with me. Our friend Rylee decided to tag along at last minute. The convention was held in the Los Angeles Convention Center, a pretty decent convention hall but also the only one I've ever been in so I don't have much to compare it to.

We attended both Saturday and Sunday with a regular passes which was $50 each.

Parking was shitty and expensive, as it normally is by the LACC, costing $10 and $15 Saturday and Sunday, respectively.

We parked closer to the South Exhibit Hall which is where I normally enter for Anime Expo. However, it was nearly empty aside from two big signs, one advertising the Ultimate Women's Convention and the other a Spanish Language Book Fair. I nearly started to panic, thinking that maybe I'd read the wrong date. Luckily, I saw a beautiful man in bright red high heels, a sequined skirt, and heart pasties looking confused. We met and found some lovely pink signs informing us the convention was in the West Hall.

It was far more empty than I was expecting, as Anime Expo is usually packed from open to close. Only about a fifth of the attendees were dressed up in some form, but those who dressed up certainly made up for the small numbers. The convention was mainly limited to a smaller exhibit hall and a few panel rooms upstairs. The exhibit hall had a ton of vendors including wig shops, breast forms, preventative HIV medicine, photoshoots, makeup, alt fashion clothing, corsets, and DRAG QUEENS EVERYWHERE.

Much of Saturday was spent being entirely starstruck at seeing drag queens in real life for the first time and getting back into "convention mode". We went to the Rocky Horror Picture Show panel which was being presented by Sharon Needles. She wanted to sing Sweet Tranvestite to the audience but the panel assistants couldn't get the music to work so they had to borrow an audience member's phone to play the song. The microphone proceeded to not work so Sharon just sang at the top of her spooky lungs. I couldn't hear her at all but it was still exciting to see a queen perform. After the song and a short introduction to the movie, she left. It was a bit of a bummer because I was expecting her to sit in with us and make shoutouts or at least have a shadowcast or something. 80% of the audience (including us) left after she did.

We found a panel on how to make YouTube videos featuring Miles Jai and some other LGBT YouTubers. Miles Jai is one of my favorite content creators right now so I was really pumped to see him in person and answer questions. I managed to track him down later and take really kawaii pictures together.

After the panels, we went back to the exhibit hall and got pictures with Morgan McMichaels and James St. James. James informed us he was doing a live taping of his show, Transformations, later and that we should totally go, which we did, and it was hilarious. He turned into a beautiful disco ball while answering really interesting questions from the audience and gossiping about nearly every queen. 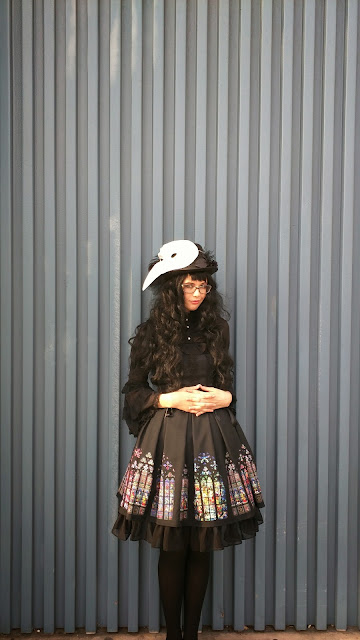 JSK: Haenuli Saint Vitus JSK
Blouse: Pumpkin Cat
Hat, Boots: Thrift Store
Mask: Halloween Store
(Unfortunately, my boots aren't convention friendly so I took them off for lunch and switched to comfy ugly loafers for the rest of the day. You can see a little bit of them in the photo with Morgan.) 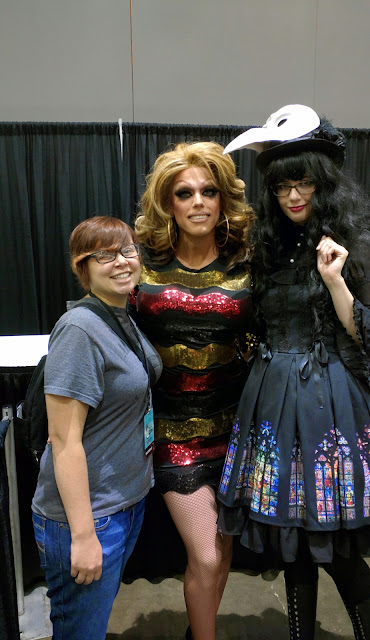 Morgan McMichaels is a babe 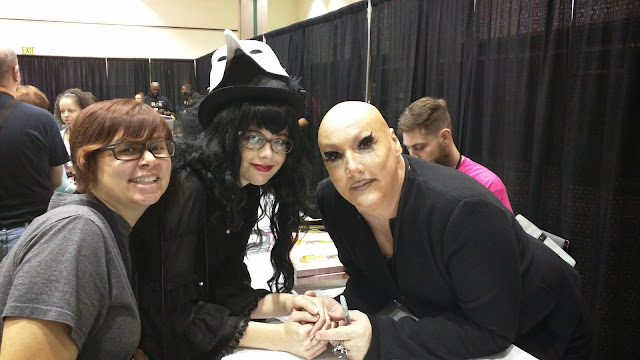 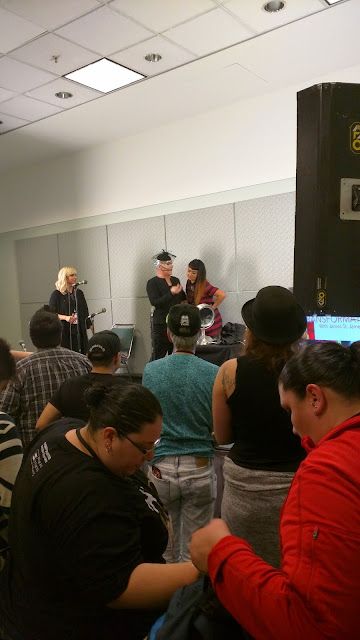 He would not sit still at all 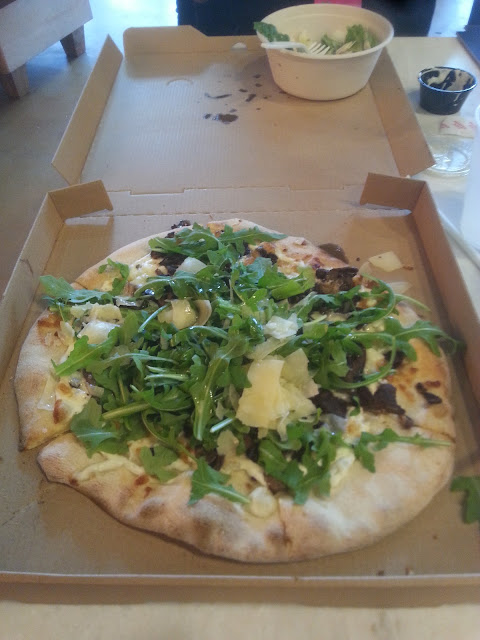 Lunch, or The Moment I Found Out I Hate Arugula 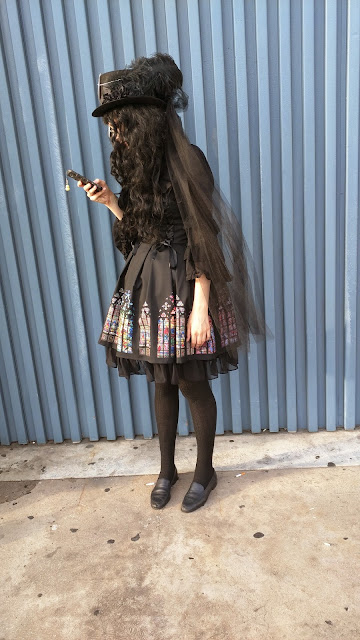 The reality behind all my glamorous photos 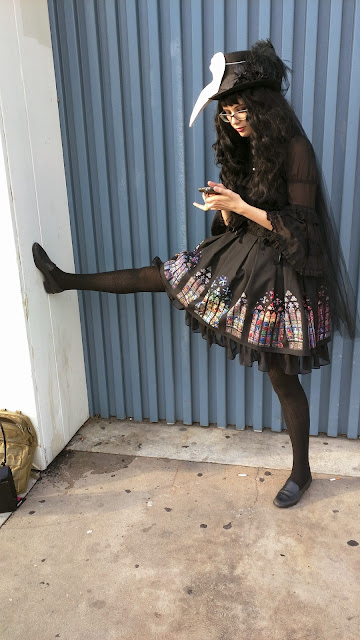 My feet really fucking hurt at this point 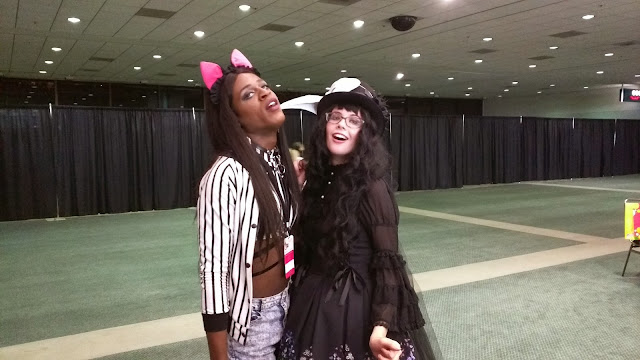 Miles and I are really attractive 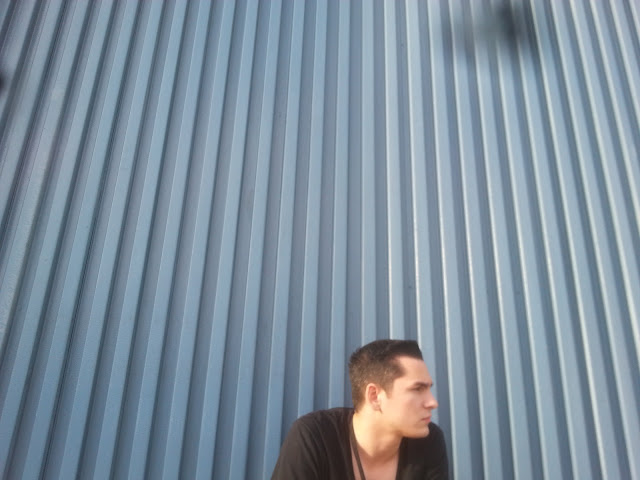 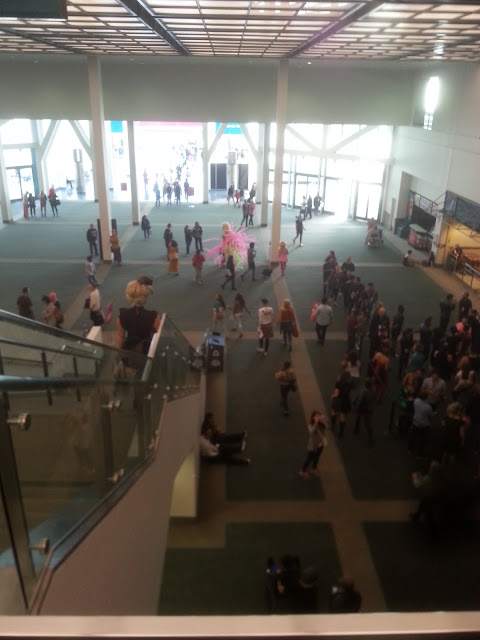 Parade float or human being?? 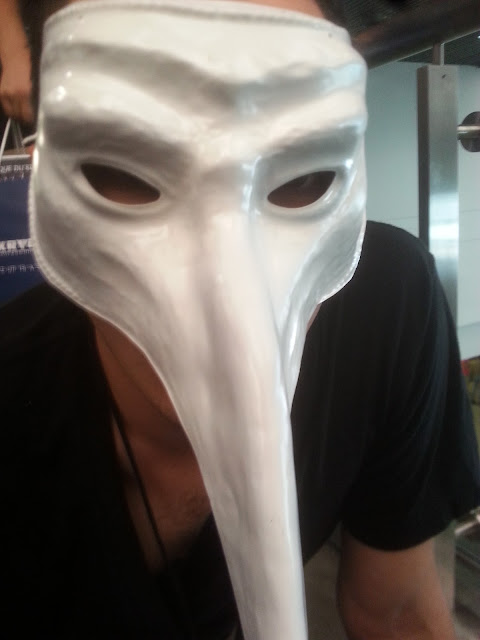 The Mask got passed around a lot 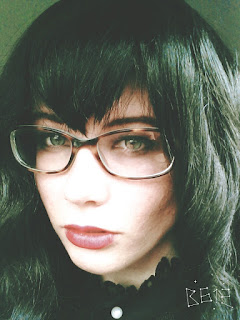 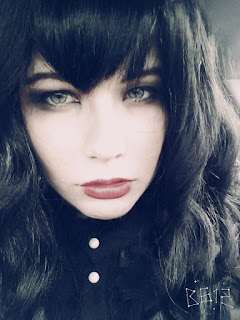 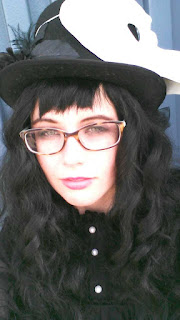